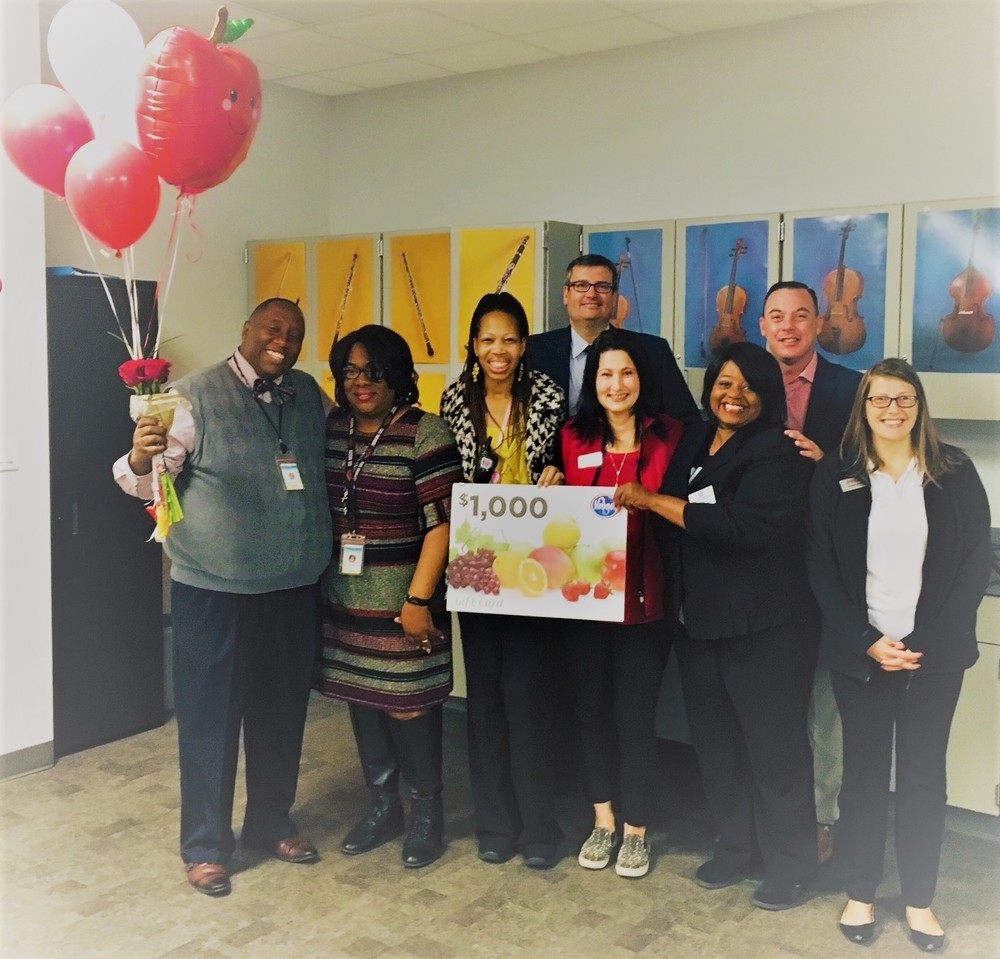 Ten teachers in the North Little Rock School District got a surprise during the workday as they learned they will receive $500 refresh their classrooms and will represent the district at the “Stars in Education” gala next month, an event honoring local teachers and is sponsored by Coca-Cola Consolidated and Kroger.

Coca-Cola Consolidated and Kroger collaborated in this initiative to honor teachers in seven school districts throughout central Arkansas.  In all, 150 teachers will receive $500 and have been invited to an event on November 10 at the Clinton Presidential Center, which will include a night of live music and food.

Superintendent Bobby Acklin and Parent Involvement Coordinator Julie Drake made the presentations at the respective schools.  The teachers selected were finalists for district’s Teacher of the Year competition over the past two years.

In addition, each school district selected a district-wide winner to receive $1,000 from Kroger.

For the North Little Rock School District, Marcia Scott is the recipient of this additional gift.  Coca-Cola Consolidated and Kroger representatives made a separate appearance at Amboy Elementary to inform Scott of the gift.

“The teachers like the ones we recognized are what make North Little Rock special,” said Superintendent Bobby Acklin.