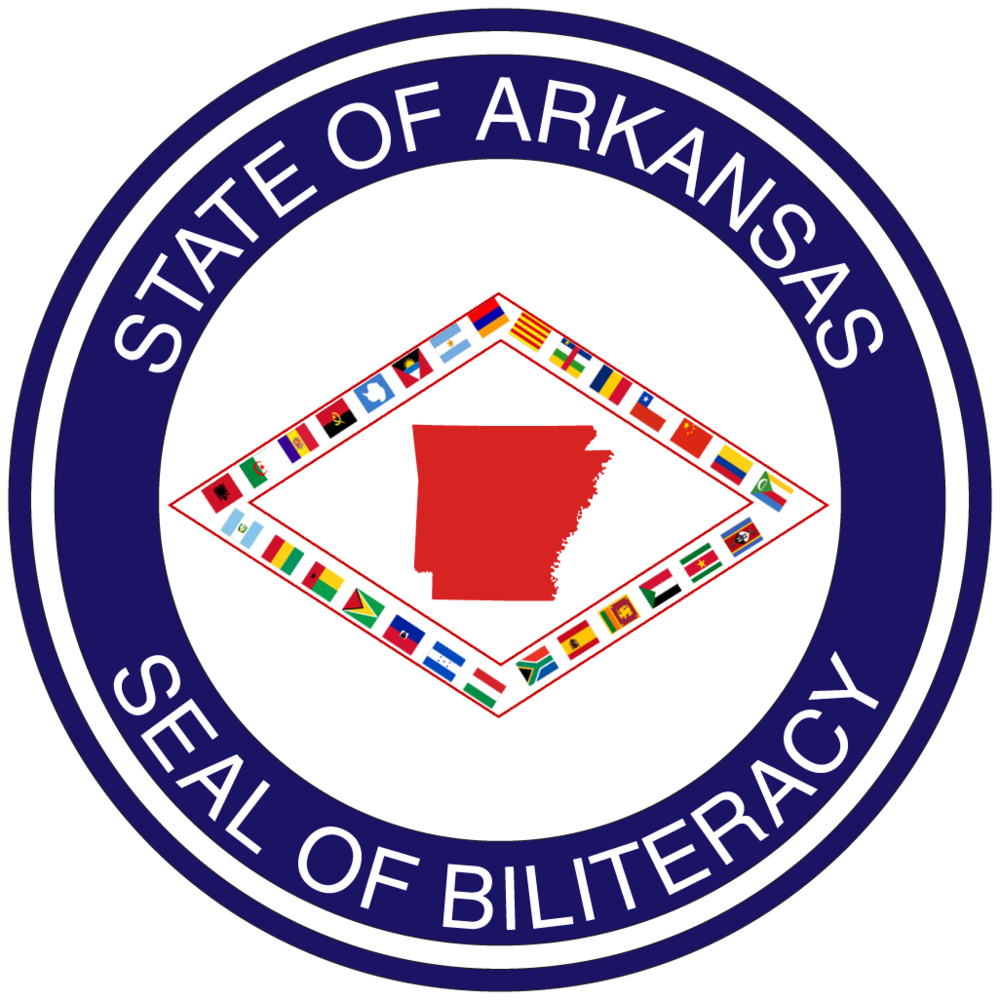 The North Little Rock School District is proud to congratulate our district’s first recipients of the Arkansas State Seal of Biliteracy Award and Certificate.  A total of 303 Arkansas students have recently earned this Seal this past Spring semester.  Fourteen of our students from North Little Rock High School and one from the Center of Excellence made history by being the first in our district to earn this prestigious honor.
The Seal of Biliteracy is a certification that serves as a language credential. To qualify for this honor, students had to submit evidence of proficiency on a state-approved English exam, complete an essay, and show proficiency in a language other than English.  Students can use their Seal of Biliteracy credential on college and job applications to show future employers and admissions offices, they are academically proficient in two or more languages.  All honorees will be awarded a Medal, Cord (for graduation), Certificate, and an official Seal on their transcript and diploma.

The list of Spring 2020 recipients includes the following students:

The Seal of Biliteracy was first adopted by California in 2011, and as of today, Arkansas is now one of 39 states in the country and Washington D.C. that has approved a statewide Seal of Biliteracy.
Since the 2017 pilot year, a total of 1,418 Arkansas students from 46 high schools around our state have earned this certification across fourteen different languages other than English (Arabic, Chinese, French, German, Gujarati, Hindi, Italian, Japanese, Korean, Portuguese, Romanian, Russian, Spanish, and Vietnamese).
The Arkansas Seal of Biliteracy is sponsored by the Arkansas Foreign Language Teachers Association (AFLTA) and the Arkansas Teachers of English to Speakers of Other Languages (ARKTESOL).  The Arkansas Department of Education officially endorsed the Seal of Biliteracy in June 2018.
We are proud of our first group who will be remembered as the trailblazers that kicked off this new Wildcat Tradition.  Special thanks to Katie Dicken (dickenk@nlrsd.org), Lisseth Arana (aranal@nlrsd.org), and Sylvia Grady (gradys@nlrsd.org).  Any student interested in earning the Seal during the upcoming Fall 2020 season may contact one of them for more information.